Driving when you’re angry is never a good idea. It can lead you to make all sorts of rash decisions that you wouldn’t make if you were a little calmer or weren’t frustrated with whatever it was, and is, that’s preying on your mind and fueling your rage.

Getting behind the wheel when you’re angry also makes dealing with the often foolish and sometimes dangerous decisions that other drivers can make much more difficult to take in your stride.

While we’re all taught to drive, and think, defensively while we’re on the road, it’s often impossible to guess what other drivers are going to do, and that, if we’re nort careful, can lead to us ending up in all kinds of legal and automotive trouble. 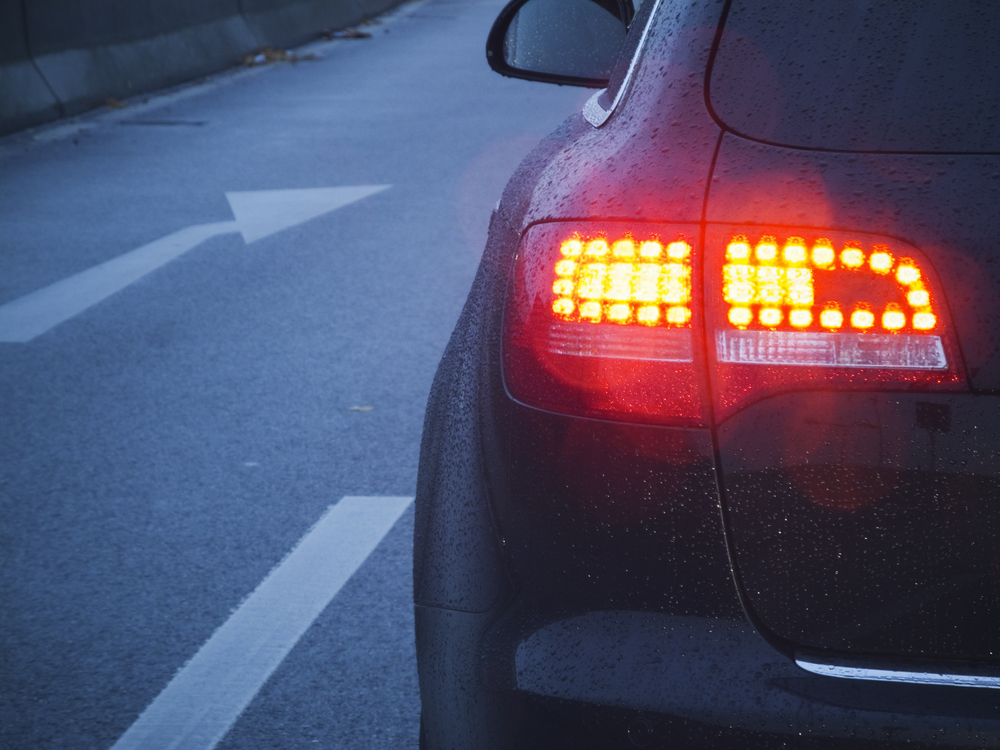 And there’s nothing more infuriating than another driver getting too close to your car, and even though it’s tempting to try and teach them a lesson and hold them to account for the dangerous manner in which they’re driving, acting impulsively and attempting to surprise them by suddenly stamping on your brake to alert them to the fact that they’re far close to the vehicle in front of them, can have a devastating effect on both their life and yours.

Tailgating - What Is it?

When another car drives behind you too closely without leaving sufficient room for you to brake if you need to in a hurry without causing a collision, it’s known as tailgating.

While it isn’t illegal, if you need to stop suddenly and the other driver collides with your car, they would be legally responsible for the accident and their insurance would be liable for any, and all damages.

Because it isn’t illegal, it’s almost impossible to prove that another driver was tailgating you without visual evidence or witness testimony, and most police forces are reluctant to take any action in almost all of the tailgating cases that are reported to them.

Tailgating isn’t always deliberate, as some drivers might simply not be paying attention to how close they are to you, or might think that they’ve left enough of a gap for them to take appropriate action should something happen.

It can also happen because a driver is overly tired, isn’t aware of the limitations of their own vehicle or yours, or because something has happened in their car that has momentarily distracted them, and as annoying as being tailgated can be, it’s important to remember that it isn’t always an act of aggression or the other driver being deliberately belligerent.

Brake Checking - What Is It?

In the simplest terms, brake checking is when you brake sharply when there is another car driving behind you in order to try and make the other vehicle either slow down or swerve out of the way to avoid an accident.

However tempting it might be to brake check another motorist who is driving too closely to your car, and no matter how annoying it is or frustrating it can be, it’s crucially important for you to keep your cool and attempt to either increase the distance between your cars by accelerating to a safe and legal speed, which if the driver behind you has simply been distracted should be enough to resolve the problem or to change lanes as quickly and safely as possible, which again, should resolve the problem and prevent the situation escalating any further.

If you are unable to do either of those things safely, try to remain as cool and calm as possible, which is we stressed earlier that it is important to never get behind the wheel of your car when you’re angry or frustrated, and if you do to focus on what you’re doing rather than what the driver behind you is doing.

If you meet aggressive driving with an aggressive act of your own, you’ll be committing an act of road rage, which, just like brake checking, is illegal.

It Isn’t Always The Fault Of The Driver Behind

While your parents probably told you that any accident in which one car rear-ends another is always the fault of the driver behind, unfortunately, that’s just an urban myth.

Legally, either driver could be to blame, and if you brake check another driver and they do end up colliding with you you could be opening a legal can of worms that it’s impossible to close.

The other driver in the collision, if you’ve brake checked them, can deny that they were responsible for the accident and if they can provide direct evidence that you were indeed at fault, either from dashcam footage (the usage of which is becoming more and more common and widespread thanks to a multitude of reason including reduced insurance premiums) or witness testimony, then you can be held legally responsible for the accident and your insurance company will be forced to settle on your behalf.

And if that does happen, the bad news is, it won’t just be the rise in the cost of your instance premium that you’ll have to worry about. You could also be charged with dangerous driving and other motoring offenses. And that’s a position that no-one wants to find themselves in.

And The Really Bad News? You Don’t Have To Be Involved In An Accident To Be Charged

It’s true. You don’t have to be involved in a rear-end collision or accident to be charged with any of the multiple offenses that can be linked to brake checking. Remember we mentioned dashboard cameras (dash cams) earlier?

If the driver who you brake checked had a dash cam and felt threatened by your actions and recorded you in the act of brake checking them, he or she can take that footage to the police and as said footage is considered to be admissible evidence, it can be used to charge you with a number of different motoring offenses.

And it doesn’t matter if the vehicle behind you was tailgating you, if they can prove that you brake checked them, you’ll be the one who ends up in trouble with the law.

Brake Checking - Don’t Do It, No Matter How Tempted You Are

As hard as it may be to believe, brake checking is never, under any circumstances, legal. If you do find yourself in a situation where you are tempted to try and use it as a means to prevent another driver tailgating you, don’t give in to that temptation and don’t do it.

Speed up or move into another lane, and if you can’t, just try to remain calm until you can. Be safe, be legal, and no matter what happens, don’t give into temptation and never use your car to brake check another vehicle.